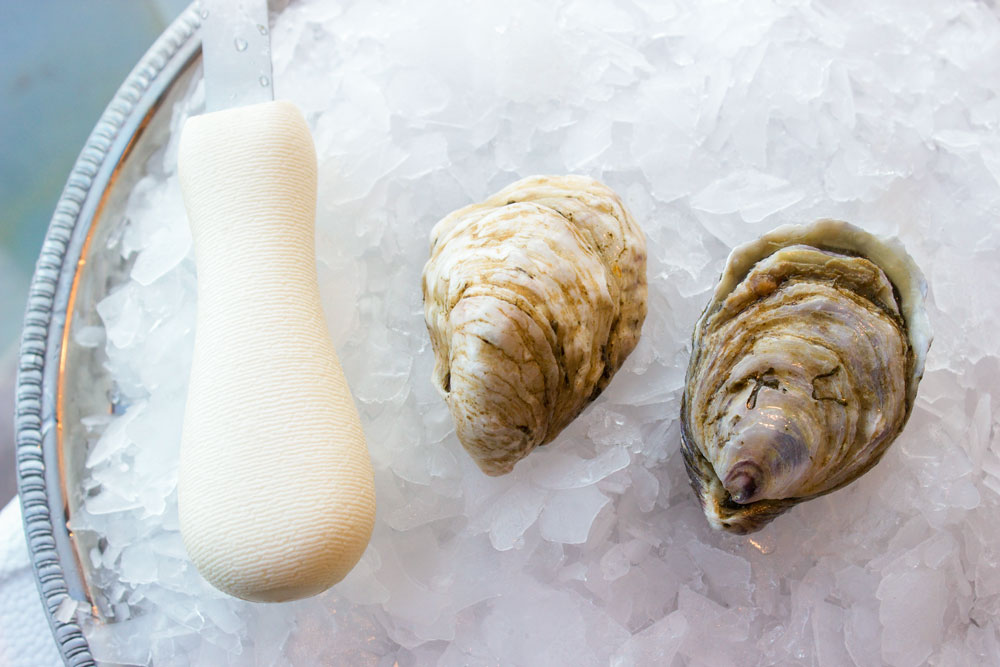 July 27, 2018
The Kusshi oyster is a Miyagi oyster that has been grown by a method where the oysters are grown in floating trays or bags and are tumbled into a bonsai type (small) oyster. The product is small and has very deep bowls, like the Kumamoto. Kusshi production is mostly from British Columbia. Growers in Puget Sound are also moving some of their production to the Kusshi method. Kusshi means ‘precious’ in Japanese.