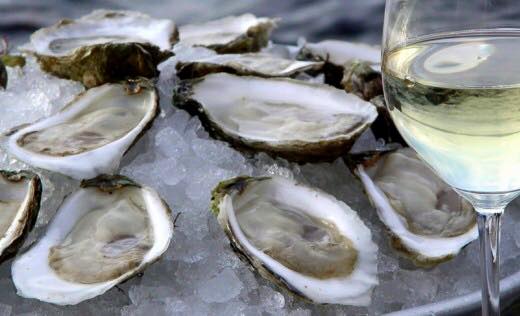 The Oyster Guide calls the Kumamoto the ‘Chardonnay of oysters’ and are among the most popular oyster due to their luscious fruity flavor and light brininess.
Kumamoto Oysters are deep-cupped with petite meats, have a mild brininess, sweet flavor and a honeydew finish. They are a favorite for both new oyster eaters and connoisseurs.
Kumamoto oysters originated in Yatsushiro Bay, Kumamoto Prefecture, Kyushu Japan and were shipped to the US in 1945. But strangly, even though they are extreemly popular in the US, they are unknown in Japan today. Kumos from California are cultivated by Inter-tidal Longlines while Kumos from Washington are culitvated with the Rack & Bag method.

Willapa Bay oysters were the first oyster to be harvested en masse starting back in 1850 when Willapa Bay was known as Shoalwater Bay. The oysters were marketed to San Francisco forty-niners, but by 1900 the stock was depleted. Today, most of these oysters are produced for the shucked market, but some are available on the half-shell and we have them this weekend!

Willapa Bay oysters are bottom cultured and have full, firm meats with a light brininess, sweet flavor and cucumber finish.

Flavor Profile: the classic Willapa flavor—lightly salty, sweetly cucumber, and delicate, as pure sea as you get in a Pacific oyster